High standards for one and a half centuries

Experience the soul of photography

In celebration and honor of Ernst Leitz and his innovative management and branding of Leitz 150 years ago, we announce a limited production series of the M10 Monochrom camera and Summilux-M 35 lens.

END_OF_DOCUMENT_TOKEN_TO_BE_REPLACED

Discover more in black and white

The Leica M10 Monochrom touts a brand new 40 megapixel full frame monochrome sensor that achieves new heights in sharpness, detail and resolution while also opening up newfound versatility with a lower base ISO of 160 and a higher maximum ISO of 100,000. With these new levels of performance, the M10 Monochrom is even more capable than its predecessors in any lighting scenarios while maintaining the film-like grain and beautiful contrast and sharpness it is known for, thanks to the removal of the color filter array from the sensor. The M10 Monochrom is the ideal camera for the most passionate and dedicated black and white photographers.

The newly developed 40 megapixel sensor has been built from the ground up with the M10 Monochrom in mind, achieving new more versatile ISO
performance. The removal of the color filter array ensures each pixel receives more light and no interpolation is needed, ensuring the highest quality black and white captures.

When this lovely M3 came back from service, young Jeremy’s eyes widened and he started playing with it. “The film door is sticking, is it bent?” Didn’t make sense it would come back from our uber-talented Mystery Tech with a bent door, so I put on my obsessive-compulsive otaku goggles and examined the patient. Turns out there were two tiny little spring-loaded ball bearings, one each at the bottom outer edge of the door, that fit into two tiny recesses in the body. The door snapped shut, so gravity wouldn’t flip it open if you held the body lens mount up with the bottom plate removed.
I’d never seen them before, and I’ve seen lotsa M3s, but also didn’t understand why they were necessary. Kinda cool/elegant, but the door flapping open when you’re loading film didn’t seem like a problem. And definitely not present on later bodies. Hmmmm…..
Leica Rep Rob visited soon after, and pulled out Volume 1 of Herr Doktor Professor James Lager’s 3-volume tome, and started flipping pages. “Oh, look, here they are—-‘Snap Balls.'” Early production runs only, soon dropped. Soon after Herr Doktor Professor Lager himself visited, to make 4×6 prints of birds, and he said: “Ah, yes, the Snap Balls.” Confirmed they were definitely a thing.

After we exchanged some totally immature, ribald banter about other uses for the phrase “Snap Balls,” as Rude Boys will do, Jim mentioned that those early M3s were marvels of construction. Techs would be elbow-deep in parts during an overhaul, and find some nook/cranny, deep in the bowels, perfectly polished. For no good engineering reason. Leica was proud of their work, and it showed. Like the Snap Balls, an elegant but time-intensive thing that was, as far as the photographic tool was concerned, unnecessary.
Many of these niceties fell away as the ’50s progressed into the ’60s. More than 220,000 M3 bodies were produced from 1954-1966. HUNDREDS OF THOUSANDS. Then less than 100k M2s (’58-’67), less than 60k M4s (’67-’75), and less than 30k M5s (’71-’75), which is when Leica Germany decided to kill the M series. As baroque German design lost ground to ruthless Japanese efficiency, those elegant touches necessarily fell away.

Techs also said that M3 overhauls involved lots of hand-filing and custom fitting of replacement parts. The brass drive gears gave the M3 smoothness, but couldn’t handle a motor winder, and wore faster than steel. The steel gears in later bodies were “better,” but those bodies were never as silky smooth as an M3. But they didn’t need service as often, and were quicker to overhaul.

You gain some, you lose some. I love how an M3 feels, and what it represents. I’m grateful I can slap a motor winder on an M6 or M7. I’m amazed one of the best digital cameras I’ve handled is an M10P. A lineage just a little bit older than me.

Our featured M3, with the Snap Balls, was paired with a collapsible 50mm Summicron, and has already found a new home. It was smooth, snappy and lovely, and sold for a ridiculously reasonably $1299.99. I’m sorry to say I neglected to photograph the Snap Balls, but you can get Volume 1 of Lager’s Leica: An Illustrated History  for only $225 and see them there. 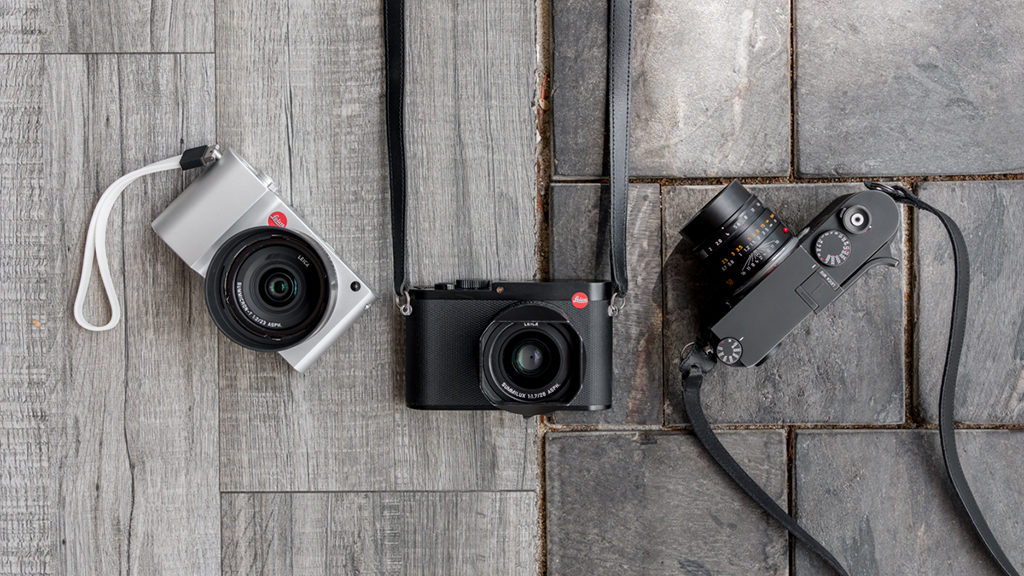 On May 1, 2018 Leica is increasing prices on a wide range of products by an average of about 5%. Affected products include most M bodies (film and digital), nearly all M lenses, the black Q, TL2, S (Typ 007), many S lenses and a few other items (66 in total). To quote Leica “this revision is necessary due to the current exchange rates and the increase in raw materials and production costs.” This does make sense, as every year about this time we tend to see some increases, designed to reflect the ever-rising costs involved with manufacturing hand-built products from exotic, expensive materials.
There are no increases within the SL-system, and recently announced products such as the Thambar-M 90mm, Noctilux-M 75mm, and CL are not affected. If you were thinking about the M10, best to grab one before months’ end as the price is going up $400. The black Q sees an increase of $245 (making it the same price as the silver Q) and TL2 bodies go up $245 as well. If you have any questions feel free to call or stop by the store and we will be more than happy to help.